Looks pretty good for us as a club really, winning the league and the cup. The average attendance shows that we were only at 10% of capacity but 100 spectators is definitely not bad for this level of football. I also happen to know that it was marginally the highest average attendance in the league so not too shabby.

I’m slightly confused about why the 2-0 result against was chosen as match of the season as I can pick out many better matches as I’m sure you can just from these posts. But that’s nothing really to worry about at all.

Onto the End of Season Team Awards 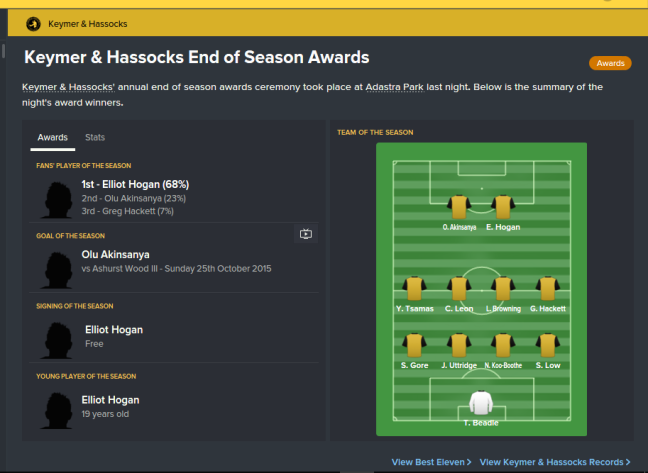 As you can see, the early indications of who our important players were going to be were pretty accurate and luckily these players did what was expected of them and didn’t let us down, despite the odd bad match.